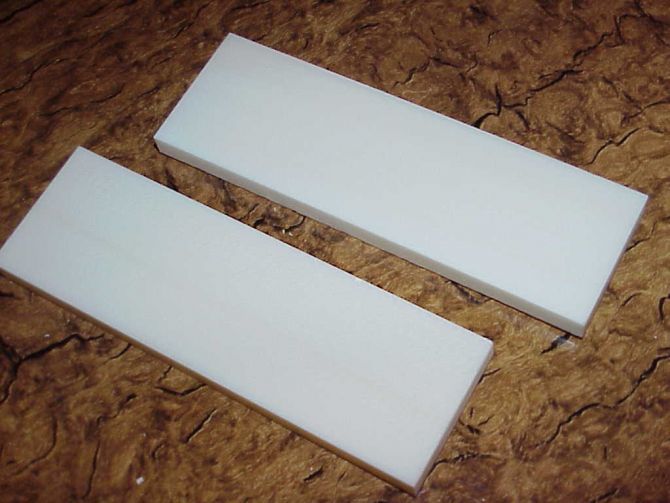 The Q4™ system is a high density polyester resin with ivory grain structure. Its name Q4 originated in that it was designed for 4 applications in making cue sticks and we found that it makes excellent gun grips.

This is not the Resin Ivory we have sold for years. We realized that our resin material needed to be improved and after a good deal of work we have this new and much improved high density resin. This is 25% more dense than our old resin and it is much stronger and tougher. Our Resin Ivory material has a density of 1.2g /cm3 whereas Q4 has a density of 1.6g/cm3.

A) New color - this is white and it has grain. Not much grain - the grain is subtle.

B)  Works beautifully for any part needed and accepts all common finishes used in the trade including buffing. This material buffs to a very high gloss.