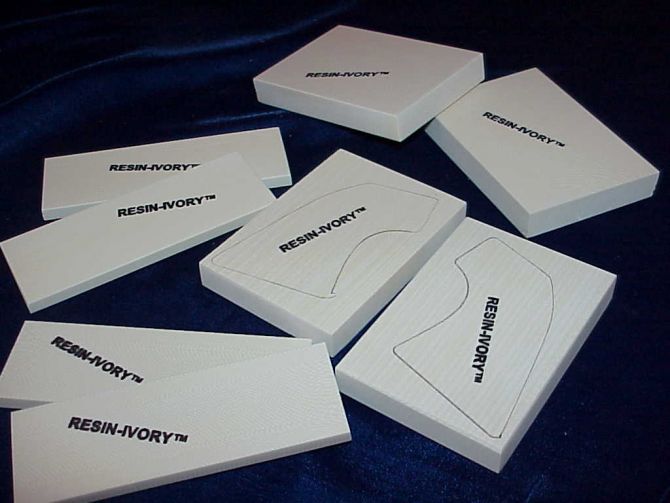 The S grade looks so much like real ivory that customs agents are going to think it is real ivory. It flouresces a rich purple under a black light so they will be able to discern it from real ivory once they check it. The S material is the ultimate in ivory grip replication with a non-ivory material.

This material works just like real ivory with conventional tools and takes a high polish by buffing with white jewelers rouge on cloth or felt wheels. One needs only sand with 400 grit wet/dry paper and then take it to a buffing wheel.

This material is also the best imitation ivory we have scrimshawed. There is no squishiness when scriming and there is no bleeding of the ink into unwanted areas as seen on other imitation ivories. It works like ivory, polishes like ivory and scrims like ivory!