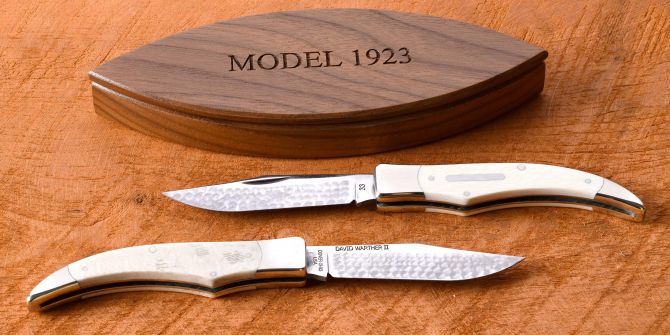 In 1923 Ernest "Mooney" Warther began traveling his steam locomotive carvings with major railroad companies and later by exhibit trucks. This promotional work was lucrative and he was now making his pocket knives with ivory handles. In the roaring 20's Mooney's ivory handled pocket knives were well sought after.

Today, the Model 1923 is being made with pre-ban elephant ivory for Ohio customers and ancient ivory handles from ancient fossilized mammoth tusks. Pre-act elephant ivory, by law, cannot sell outside the state of Ohio. Fossil mammoth ivory can sell internationally and to all states except NY, NJ, CA, HI, IL and NV.

The bolsters and liners are of Nickel Silver. This has been the traditional bolster material since these knives were first made over a century ago. The knife measures 3.75" long when folded and 6.75" when unfolded. 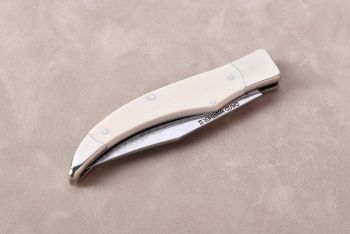 OHIO CUSTOMERS ONLY PER FEDERAL REGULATIONS. NO EXCEPTIONS. 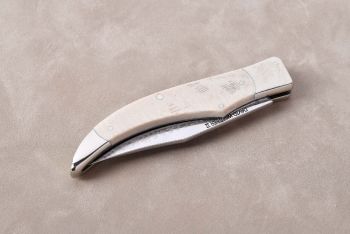 Ancient mammoth ivory can ship anywhere on the planet except to 6 US states. NY,NJ, CA, HI, NV & IL.